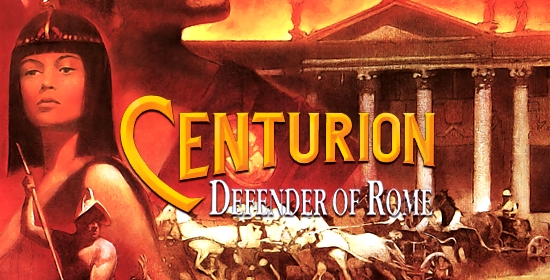 Electronic Arts is turning out to be the redemption of sophisticated and eclectic Genesis owners. While other publishers spend most of their energy churning out side-scrolling shooters or Mario-style slugfests, EA seems to be producing a line that spans strategy, arcade, sports, martial arts and the totally unclassifiable. Centurion is yet another of its meticulous PC-to-Genesis conversions, and it's a real smorgasbord of a game: an overall flavor of strategy/war gaming with a lot of arcade sequences, superb graphics and sound effects on the side.

The game is one long, towering task of conquest: you must rise from the lowly rank of legionnaire in the province of Italia to become ruler of all of Europe, including portions of Asia and Africa. This is liable to take many hours. While the game lacks a battery backup, EA has included a password feature to preserve your progress in the game. It's a big password, but Rome wasn't built in a day.

Conquest is only part of the equation. You can't expect your armies to do their best if they're taxed beyond reason, bored or otherwise demoralized. You'll spend a lot of time and money just trying to keep all your subjects happy: holding gladiator fights and chariot races, throwing Christians to the lions or participating in any of several bloody extravaganzas. This is where much of the fun arcade play comes to bear. Holding these events calls for many talents (the coin of the realm), so when money is scarce, you may find your-self having to plunder recent conquests and play pure strategy for a while to line your coffers.

It's impossible to please everybody all the time - particularly those you've subjugated by invading their province and declaring yourself their ruler. So aside from issues of taxation and entertainment, the game mainly consists of pitting your legions or fleets against those of rebellious citizens, invading armies or neighboring provinces.

The battles give you a chance to try out your war-gaming strategy. No hexes here; each side is given a representative number of troops and you decide how best to deploy your side: flanking maneuvers, frontal assaults, wedges and other formations. You can also change tactics in the midst of battle, but this rarely seems to affect the outcome. In fact, the overriding factor in all these battles is numbers. Whoever has the most men wins...independent of battle strategy. The outcome didn't always make sense to me. I had enemy generals waving a white flag within moments of the start of the battle, but his troops never retreated. Eventually, my own general ended up surrendering too - and I lost the battle.

Many of the graphics are lush, digitized pieces of art, very atmospheric and highly detailed. They're the same as the graphics of the IBM VGA version, so the use of color and shading is excellent. Actually, a TV is hardly capable of doing these visuals justice. However, during battle sequences on both land and sea, the scale of the on-screen objects is quite small, so those parts of the game are graphically unimpressive. The sound effects are great. You'll actually hear the whinny of horses (which is nearly constant and almost annoying in battle), the trumpeting of elephants, the clang of swords, the rumble of hoofbeats and more.

If you're seriously into war-gaming, Centurion may be a little too thin for your tastes. Likewise the arcade-style play, since you may have long stretches without such game play. But if you're up for a little of this and a little of that, Centurion offers a satisfying menu.

The year is 275 B.C. Rome is still a couple of centuries from its high noon under Augustus, but it's clearly a happening young empire. It took 400 years, but the Romans finally put the boots to the rebellious Italian provinces and brought them to heel. Now Rome stands poised to build a mighty empire.

This is the historical context for Centurion: Defender of Rome, the latest from Defender of the Crown creator Kellyn Beck and Evan and Nicky Robinson (a/k/a Bits of Magic). The player is cast as an ambitious young centurion (not unlike Julius) whose future is linked to Rome's. As Rome prospers, so does the centurion, accumulating status, rank and power, culminating in his ascendance to the role of Caesar.

Centurion uses many of the devices and protocols established in Defender of the Crown; but this game is a much more mature work.

Centurion is also a more ambitious project. That ambition is evidenced in the game's epic quality, which elevates and, occasionally, overwhelms it.

The game's greatest weakness lies at its core: who exactly is the player supposed to be? This centurion, after all, is quite a guy. From the outset of the game he can stage chariot races (even racing the chariot himself!); move the Roman army anywhere he likes without ever consulting with the Senate; levy and collect taxes; and keep the populous in a mellow frame of mind. Before long, he's building fleets and amphitheaters and staging gladiatorial combat. This godlike status doesn't jibe with the centurion's low status and personal wealth at the start of the game. After all, what the real Julius Caesar did was first conquer an empire, then return to Rome with the world's greatest army at his back. At that point there were few Romans who dared challenge him.

Quibbles in logic aside, however, Centurion is a lot of fun to play. All the basic action is conducted, a la Defender of the Crown, off a basic map screen with numerous pop-up menu windows. Unlike that earlier game, however, where the outcome of battles was decided off-screen, battles are fought, start to finish, in a style reminiscent of Cinemaware's Lords of the Rising Sun.

In Centurion, the player first determines his army's formation (balanced, wedge, strong right, strong left) then enters in tactics (frontal assault, Scipio's defense, outflank, etc.). The battle begins on-screen and unfolds in an impressive visual display, accompanied by an appropriately heroic musical score. At any point during battle, the player can convey orders to any units within his "calling range" (determined by the centurion's charisma). He can also order a retreat or release the legion by issuing the melee command.

Centurion is remarkably complete, right down to the Elephant Cohorts (these units really spook the pants off barbarians), signing treaties and keeping the provinces from revolution. The arcade-type elements, like the chariot races, were probably unnecessary and only enforce the idea that the player-character is too godlike. Players who buy Centurion for its action elements will be greatly disappointed.

Those who come in search of a remarkable role-playing simulation that's historically complete, but never tedious, will find Centurion tremendously rewarding.

Centurion is based on one of Electronic Arts popular computer titles. It's a military strategy game set in Rome, 275 B.C. At that time, Rome wasn't a great empire; it was merely the capital or Italia, one or many small provinces clustered around the Mediterranean Sea. You are a young centurion, sworn to defend Rome. But you are also ambitious.

At the beginning of the game, you command a single legion of infantry. Your legion, currently stationed in Italia, can move into one adjacent country during each turn. Of course, most of your neighbors will present an entire Roman legion crossing their borders. They'll usually threaten to destroy our legion if you don't withdraw. Do you stay and engage the enemy in what could be a long and damaging battle, or do you flee back to Italia? If you're the kind of centurion who'll one day rule the known world as Caesar, you know what choice to make.

When you choose to stay and fight, the game shifts from a map of the Mediterranean to a battle screen. This is the most important screen in the game, because it's on the battlefield that you'll decide your destiny. Before either you or your enemy's armies appear on the screen, you get to choose your formation. Remember, these are the days before rifles and guided missiles; the two armies meet face to face, moving toward one another like two football teams after a kick- off. The formations you choose are vital to your success in battle.

Each Roman legion and enemy army is rated for courage, from "panicky" to "fierce". Except for the size of an army, the courage rating is the most important information you can learn about an enemy. A weak army won't stand and fight long before its soldiers panic and flee the battlefield. A fierce army fights much longer.

At first, your single legion is fierce and at full strength, numbering 4,200 foot soldiers. You can move into any adjacent country to seek glory for Rome. When you do, your scouts bring you information about the country's wealth and the size and ferocity of its army. Then the country's leader rides out to meet you. You can try to negotiate with him to form an alliance, but more often you'll end up going to war.

When you've beaten an enemy army, you occupy that country. You can recruit its men to replace your own fallen soldiers, and most importantly, you can tax the people. Centurion places a lot of importance on money, as the Romans did. The more provinces you conquer, the more money you'll earn each turn.

Back in Rome, your actions are scrutinized. You are judged according to how many lands you conquer and how much tax money you raise. Also important is how you uphold the honor of Rome. If you don't hold games to entertain the people in the countries you've conquered, and if you're unable to maintain order, you'll be passed over for promotions.

And promotion is the name of the game. You begin as a mere centurion. But if you're aggressive and fearless in battle - and if you can occupy every country on the map - you'll one day become Caesar. In Centurion, only the strong survive.

Conquer ancient Rome by controlling your armies and making diplomatic decisions! All battles are in real-time and animated. Try your luck at an arcade style Roman game, the Chariot Race! If you win, your stature may increase with the people. Based on the computer version, Centurion also features a password to allow a player to return to the game at any time.

Centurion - Defender of Rome is a historical wargame sim in which you get to take part in the rise of the Roman Empire.

Starting as a young legionairre in 275BC, your job is to conquer the known world through force or diplomacy, fighting on land and sea. Along the way you can participate chariot races (a la Ben Hur), judge gladiator fights, plunder provinces, and maybe even seduce Cleopatra!

Can your exploits rival those of Scipio Africanus and Julius Caesar?

Warrior of Rome 2
The game is a fictional story about the adventures of Julius Caesar and the Roman army during his reign as general.