With so many Need for Speed games, it can be hard to know what one to play. Well, here at Gamefabrique, we are huge fans of the series and our suggestion to you is, play them all! We have the largest list of the best Need for Speed games you will find online and there are far more good NFS games than bad ones, actually we feel that there are not really any you could call “bad” We wanted to highlight a few games in the series that we feel are well worth your time checking out.

We are starting this thing off where it all began and that is with the original, The Need For Speed game that was released in the 90s on the 3DO and PlayStation. While it may not have aged like a fine wine, it is still worth playing to see where this series that is still running to this day got its start. If you have your heart set on playing a 90s Need for Speed game, we recommend checking out The Need for Speed 3: Hot Pursuit which was a game changer in the series and added a really cool high speed chase dynamic to the game.

The series was very popular on the original PlayStation and PC, but you could argue that it was the PlayStation 2 (and that generation in general) where the Need for Speed series really took off. While the first game is great, Need for Speed: Underground 2 is what really blew people away. At the time this was one of, if not the biggest game around. It added a cool street racing mechanic to the game and it was just so much fun to play. People have even messed around getting it running in 4K these days as people love it so much.

If you look at a list of the best Need for Speed games, we would wager that 9/10 Need for Speed: Hot Pursuit is going to feature at the very least in the top three and more often than not be at the very top spot! What more can be said about this game? They took the Hot Pursuit concept that they started all the way back on the original PlayStation and brought it to a whole new generation. The game looks incredible and is the perfect blend of arcade style racing action. It is impossible to not have a great time with this game.

Another great game in the series is Need for Speed: Carbon. What makes this such a fun experience is that you have all the racing action you would expect from a Need for Speed game. However, EA actually went above and beyond with this one when it came to the single-player content as they had a full story mode that had you playing as a street racer trying to become the best racer on the street racing circuit

Ok, so we are running out of time here, but we do have one last Need for Speed game to suggest to you and that is Need for Speed 2015 which served as something of a reboot for the series. EA had really nailed the single-player story mode aspect of this series and with this game, they went a step further and had all these fantastic FMV cut scenes to move the story along. It is fantastic stuff and it makes for a very memorable experience.

We have all of these Need for Speed games and a whole bunch more for you to check out in our dedicated Need for Speed section. From the days of the original game on the first PlayStation to the most recent NFS game, you can play the entire franchise right here at Gamefabrique. 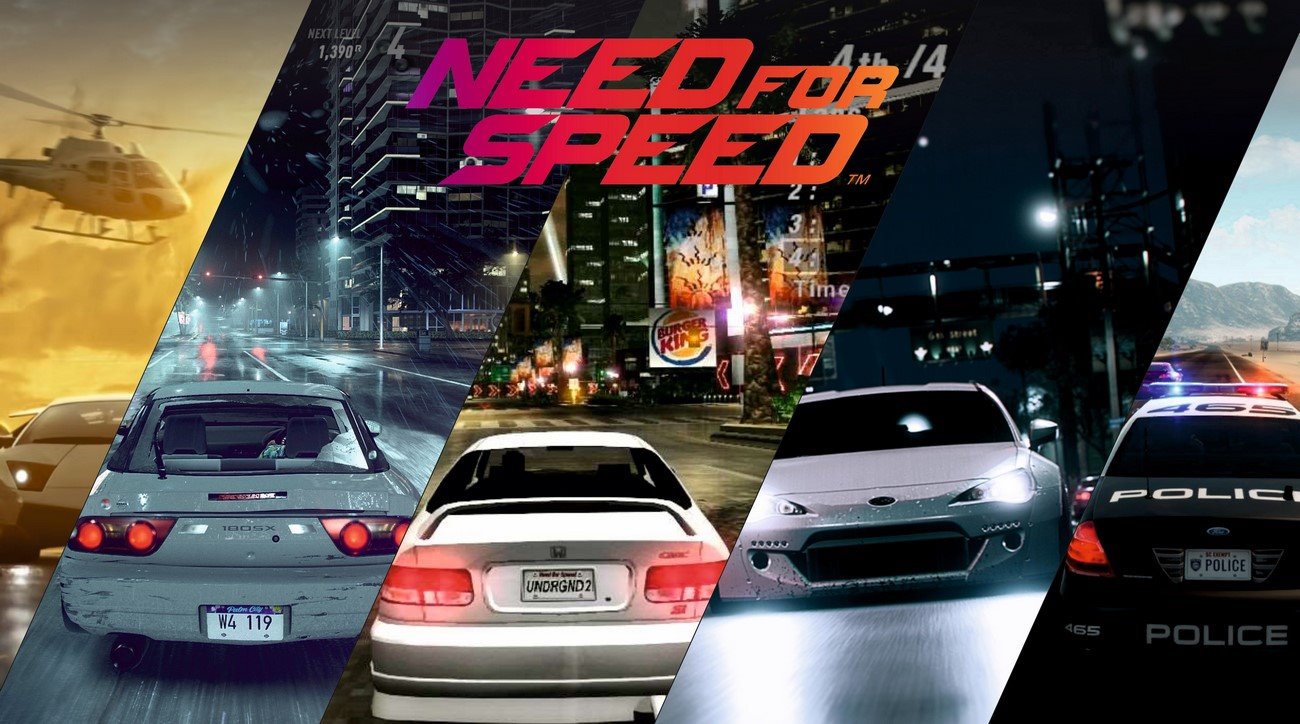 The Need for Speed

Do you feel the need for speed? Electronic Arts' highly successful PC and 3DO game is making its way onto the PlayStation, and not a moment too soon.

The Need for Speed 2

The Need for Speed 3: Hot Pursuit

Need for Speed Carbon: Own The City

Need for Speed: Most Wanted

In fact if you wanted to compare V-Rally to anything look to Sega's Rally along with Sony's Rally Cross as a couple of the primary influencers on V-Rally.

Need for Speed: The Run

The Need for Speed 2: Special Edition

Need For Speed - No Limits