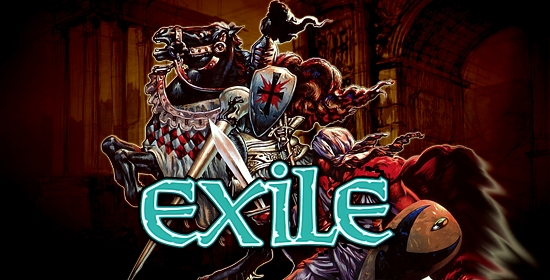 Ever since the beginning of time, nature has controlled life on this planet. It even controls man. Man must live with nature in every aspect of his life. He has no way to control nature, so he must be content with every part of it - from the sunshine to the storms, earth quakes, and nature disasters. Nature is the ultimate power, and man is greatly attracted to this power. From this he has learned that with power comes control.

This has made the history of man one of war and blood shed. In wars people take sides. Big powerful counties attack and conquer weak small countries, and a great number of lives are lost in these wars, but the generals of the armies don't care about lives. All they care about is the amount of land they will conquer and the number of people they will control. In the end, the one who stands victorious and has conquered the most land becomes a superpower.

At one time a wandering desert warrior, named Sadre, defeated one of these superpower, and brought peace back to the lands enjoyed for many years, but this peace was soon to come to an end because a new force is rising. This force is know to all as Luciel - a neighbor rivaling town. The people of the lands cried out for help from Sadre. Now Sadre must once again get his sword and prepare for battle!

Before you make your way out of town you will learn about a strange man that is walking in the desert. Once out of the town, go to the desert and look for this old man. When you find him he will give you new information about your quest. Other then the old man, there isn't anyone else in the desert. However, if you look around very closely you will find one very important place. This spot will be revealed by walking over a specific area, so walk everywhere, even the places that look like you won't be able to walk on. If you step in the right place you will fall into a cave.

Once in the cave you won't be playing the game in the classic RPG style, but you will be playing one that is more like a side scrolling action/adventure game with various enemies attacking you. These side scrolling action screens resemble the ones in Zelda 2 and Y's 3. Your character will be armed with a sword, and your power will increase as your levels go up. You will want to go up a couple of levels before you decide to take on the boss as he is exceptionally strong. Make sure that you check every corner of this maze because there are hidden treasure chests containing valuable items!

You start out in the village. As you walk around you come to an exit but there is a man blocking your exit. In order to get out you will have to first talk to everybody in the town. You may even have to talk to some people twice because some will tell you different things depending on who you have already talked to. By the time you leave this town you should have two addition people in your party.

Exile: Wicked Phenomenon is the latest RPG from Working Designs for the Duo. Enter the world of the Templar Knights and their leader Sadler. Journey through a land beset by a horrible curse that causes people to go mad and monsters to roam the land. Duel with evil creatures and solve the mysteries of the curse to free your people from the devastating effects they've endured.

As a fan of the original Exile, this game was not going to disappoint. It sure didn't. However, it was just more of the same almost exactly like the first one. The cinemas and voices were very well done, the problem is the game became too tiresome too quickly. This is a great disc for someone just buying a Duo.

What's this? A Duo game without the poorly acted voices? Anyway, Wicked Phenomenon is another great blend of action and role-playing! The action scenes are weak at first but the enemies keep coming. The music is fabulous and really sets the mood. If you're looking for something new, this is a must-see!

This game is an improvement over its predecessor. The graphics are better and the cinemas look really good. The music and sounds are good, and the actors' voices are actually cool. The game play has-more variety and choosing the different fighters is a plus. The quest is long but seems kind of simplistic.

I loathe to say it, but Exile: Wicked Phenomenon is yet another good RPG for the Duo system. Why aren't more games like this available for other systems? The music is good, and the quest is an excellent addition to any RPG gamer's collection. It may not be spectacular, but in comparison, it's the best so far this year.

The Templar Knights return in Exile 2! Join the lone warrior Sadler as he once again must free his land and its people from oppression. Sadler's journey starts once he leaves the confines of the town. Once he is out into the wastelands he will meet creatures such as the vicious scorpions. To aid in his quests, he will befriend some fellow adventurers. Sadler will learn magic, and gain the use of mystical weapons and objects.

This enhanced sequel has music even better than the first! The cinema displays are done really well, and help bring this adventure alive for the player. The action scenes are done well, too. A good action RPG.

In a war-torn land ravaged by centuries of Crusades, a force of evil has emerged to prey on the weak and defenseless people. As Sadler, a battle-hardened veteran of the Holy Wars, you have answered the call to defend the people and rid the once peaceful land of the dreaded Masters of Evil. You and a small handful of allies must battle through a CD-enhanced landscape of deadly evil and mystical challenge!

While this style gf gaming has never been my cup of tea, it's not hard to recognize the scope of this game and appreciate it on that level. In addition, the supporting features served up courtesy of the CD are first class, although I've heard better music on CD games. Not a favorite, but still a good game for the Turbo.

There have been only a few really good RPGs out this year and this is one of them. Working Designs has established a reputation for quality software, and this disc demonstrates how good a CD RPG can be. The quest is challenging and pot linear as some of the other newer ones are. Worth looking into.

This is one of the better RPGs that I've played on the Turbo lately. The newer games have the style or game play of earlier efforts like Y's or Neutopia. The graphics are good and the bosses are cool. I like the action scenes, they break the monotony of role playing. The music is good, but not up to par with other discs.

Not your ordinary RPG. Exile is deep and twisting, exploring several lands in a long quest. The graphics are nothing to shout at, but the music is docent. The best thing about Exile is the quest, not the fine details or jammin' tunes. If you're a serious RPG gamer with a TurboCD, Exile is an excellent adventure for you.

In years long past, a bloody scourge passed over the land. The so-called "crusades" of long ago brought destruction and suffering to innocent people. Religious and political views were forced upon them by the Templar Knights, working at the behest of the Klispins. The only hope: a lone warrior named Sadler, who previously thwarted one of these "crusades". This time however, he can't go alone, and enlists needed help. You assume the character of Sadler and throughout the game, join forces with a variety of characters with special powers who travel together as a group.

When it comes time for combat, however, you must do it alone -this includes fighting a Master of Evil in each land! As you move from place to place, buy more powerful weapons with treasures you find and get health potions to keep you going. Your life bar increases as you gain experience, and you also gain powerful magic spells. See if you have what it takes to defeat the evil crusades, or remain in exile!

A great blend of action and story with atmospheric music.The side-scrolling action is similar to the second Zelda adventure on the NES, a game I have a soft spot for. The long quest and plot twists make this a winner. As with Cadash, there was also a Genesis version that didn't come close to the WD versions.

Secret of Mana
Secret of Mana is an action role-playing game, featuring real-time hack-and-slash type of a combat.

The Legend of Zelda: A Link to the Past