What is the best Total War game? Well, that is actually really tough to say as while they are all strategy games, there are so many different “styles” of Total War game that it can sometimes make comparing them hard. For example, the setting of Rome and Warhammer could not be any more different.

Still, as a massive fan of the long-running series, I thought I would try my best to be brutally honest and make a list of what I consider to be the top 10 Total War games. Now this is just my list, but if you have a different idea of what the best game in the series is I would love to hear about it. While this is number 10 on my list, I still consider Total War Rome 2 to be a damn fine game. It is a solid entry to the series and it is a game that I eventually had a lot of fun with. I think had the launch of the game been a bit smoother and the game easier to get into that it very well may have made it higher on my list. Most people will always bring up the less than great launch this game had when talking about it.

The first Rome game was such a groundbreaking title, Rome 2 always had a tough act to follow. I do feel that eventually, The Creative Assembly got the game just right, but I can see why some folks were put off early on. Still, I eventually grew to have a great time with Rome 2 and I do think it is worthy of propping up our list. This is the game that started it all. It may also surprise you to know that it was EA that published this first game in the series. The first Total War game is pretty awesome. I really liked the feudal Japan setting (even if it was done better in the sequel) and it was the first time I had played a strategy game with a setting like this. The visuals were pretty decent for their time and overall the setting and story of the game was something that really did appeal to me.

I will say that going back and playing the original Total War after all these years it does feel very simple. To be fair this is a game that as I write this is now 20 years old! It holds up very well and it is well worth taking a trip down memory lane to play it. 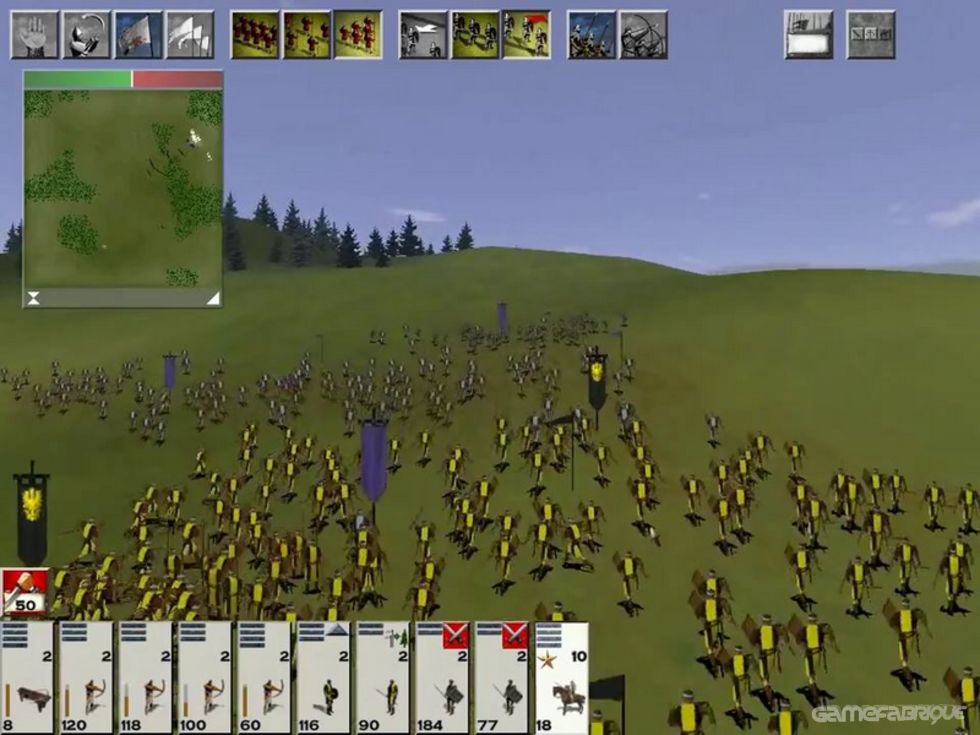 This is a really early game in the series, actually Total War Medieval is the second game to be released and it was made back when Activision had the publishing rights. I have such nostalgic memories of this that it had to be on my list. While the graphics may not exactly be amazing, I think that the gameplay and the depth of it make this one of the best Total War games.

They really went all-in with this and they adding in things like having to deal with religion, loyalty and the whole espionage thing was something that I really did enjoy. The combat in the game was something that I really did have a great deal of fun with and having an army of troops decked out in armor ready for war was always something I found exciting. As far as the old school Total War games go, this is one of my favorites. Next up I have what was the fifth entry in the series. I would bet that any best Total War game list will have Empire on it. The 18th century was something that I really liked and while it may make some of the combat on paper sound lame. It actually works very well and the naval assaults that the game has while not super in-depth are a nice addition to the series and make the overall game feel more “epic”.

The AI in Total War Empire is not the most advanced, but there is still a lot of fun t be had here. You could argue that this was the game that really nailed the technology tree formula and as you progress, getting new things to use that could help you become dominant was something that many people (myself included) had a great deal of fun with. Released in 2015 Attila: Total War would be the ninth game in the series. The setting of the game is great as it starts in 395 AD and it goes from classic Rome to the medieval age which is quite a brutal time in human history. It really is the setting that made this such a memorable game in the series. While you want to dominate on the battlefield, Attila due to the time period it is set has things like shortage of food, mass migration, tense politics and more for you to contend with.

It has what you would expect from a Total War game, but it does introduce a few things that do make a difference. You now have to deal with weather effects which can be rather annoying, but they also make things very interesting. Guerilla warfare is also now part of the game and this is both exciting and nerve-wracking! 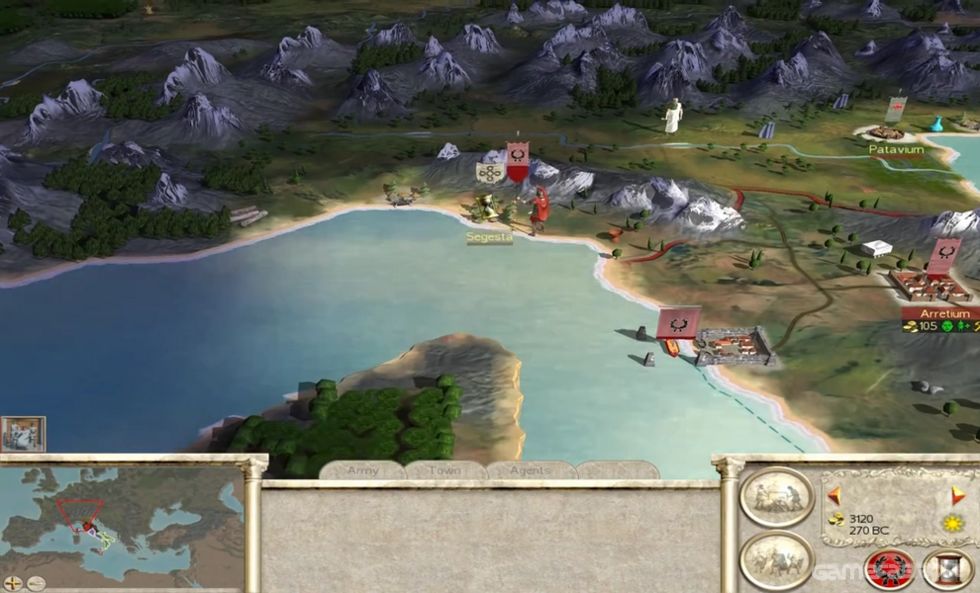 You can stampede people with elephants!!! Is what a buddy of mine proudly said when he was trying to get me to jump into Rome: Total War when it was released all the way back in 2004. This is an absolute classic in the Total War series and certainly, one of the best Total War games ever made. This for me is the first game that really went all-in with the massive battlefield conflicts. First time I played this I was actually a bit overwhelmed.

While Rome certainly does have a bit of a learning curve. Once you “get it” this is a truly taking over your life kind of game. It is not only a lot of fun and waging war over a border is super exciting. It is also actually quite educational and you will learn a great deal as you play it. Now do not groan! I mean educational in the best possible way. I was not sure that Napoleon: Total War was for me. I learned a great deal about Napoleon in high school and from Bill and Ted so I thought I was done. What a dummy I was as Napoleon when it was released in 2010 took over my life. As far as the actual game goes, this improves on what Empire did in pretty much every way you could imagine. It has more depth and is somehow more streamlined making for a much better experience.

What really made this a stand out game when it was released was the narrative. This was the game where the good folks making the game nailed the storytelling element that many of the more recent games would have. Playing through some of Napoleon's conquests is a thrilling and memorable experience. It is crazy how long it took to get a sequel to Total War: Shogun, but Total War: Shogun 2 was so worth the wait. It may lack the “grand scale” of some of the other Total War games, but I will always have a real soft spot for Shogun 2 and feel that the people at Creative Assembly really did this one right in every regard. I actually like how the game is more focused on a specific region (Japan) than you going all over the world. The scale may be smaller, but the epicness of the battles and decisions you need to make is certainly not.

The campaign in this game is truly breathtaking and something that really captivated me. Best of all, I feel that with Shogun 2, they managed to make an in-depth strategy game that pretty much everyone can play and enjoy. Hardcore fans of the series could really get into this and have a great time. On the flip side of this, I felt that they had a great tutorial here and made the game accessible for people new to the series as well. Ok so there is no doubt some major raised eyebrows that I have put this one so high and to be fair it is very fresh in my memory. However, Total War: Three Kingdoms is one of the most epic strategy games I have played in quite some time. It is actually based on the classic tale, Romance of the Three Kingdoms and to say that Creative Assembly got this 100 percent right is a massive understatement.

The main reason why this is so high on my list is that it features a new mode called “Romance” mode. This mode puts a real fantasy spin on the story and has you dealing with these Kung-Fu masters with all kinds of special powers. Not only is this a lot of fun to play, but it is also really exciting and fun from a story point of view. I felt like this was a game that was clearly made with having fun in mind and it is a game that I have been playing pretty much since it was released. It does still have a historic mode for those who do not like the fantasy stuff, but for me it is the fantasy stuff that really makes this such an incredible entry in the series.

The first Warhammer game may have deserved a spot on this list to be fair, but as I knew as soon as I started writing that Total War: Warhammer 2 was going to be my number one I decided to leave it off. This takes what the first game did and just blows it all away. I loved the races in the game, especially the Lizardmen and felt that the presentation of the game was just jaw-dropping. As a fan of all things fantasy, the campaign really did click with me. I liked how each of the races had their own story to play through. It made me just love the world that was created here and it actually made me more interested in the overall world of Warhammer.

This is also a game that I have spent hundreds of hours with in the multiplayer. It is just so much fun to play and I really liked the way it rewarded me for being invested in the first Total War: Warhammer game. While a game should stand on its own (and this one does) I also feel that with this game, the add on DLC was fantastic and worth every penny. Without a doubt when I am asked what is the best Total War game. I will say Warhammer 2 every time…. Unless they have Total War: Warhammer 3 up their sleeves!

Of course, any top 10 list is always subjective, but these are the best Total War games that I have enjoyed over the year. It would be awesome to know what you think the Top 10 Total War games are. 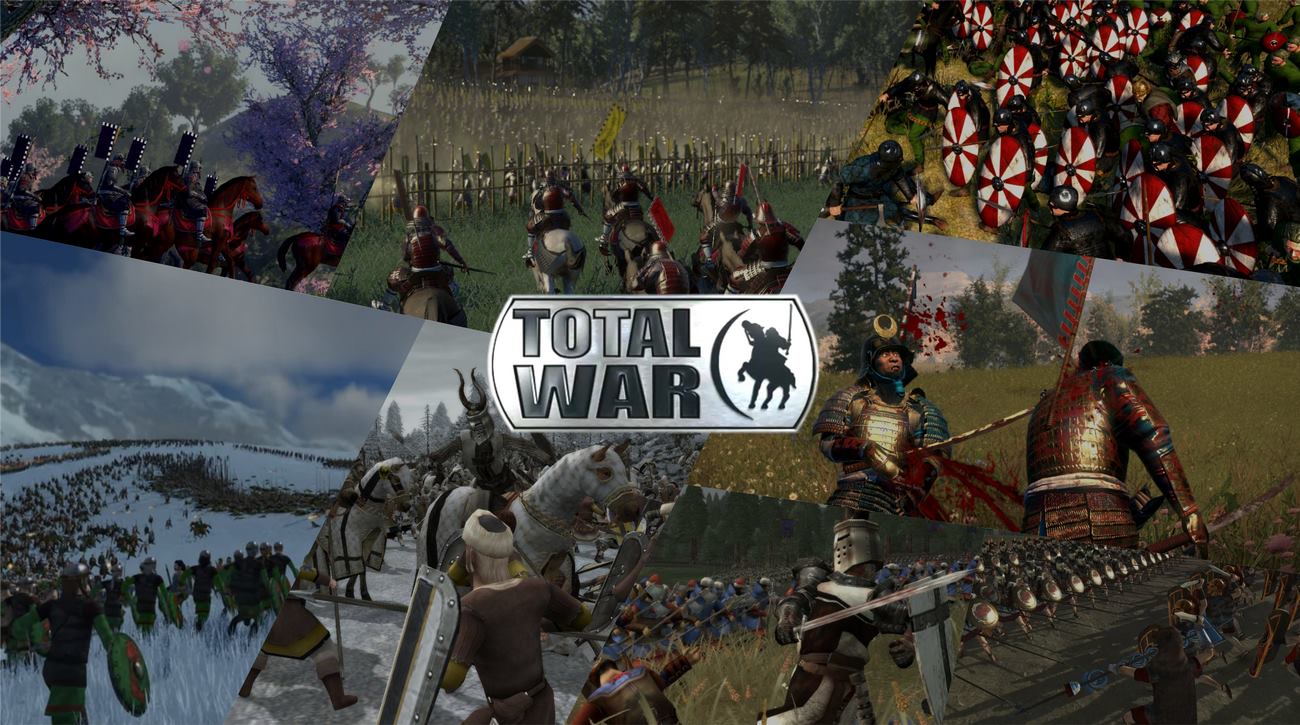 I've always been a huge fan of strategy games both turn based and RTS but somehow I missed the boat on the Total War series until now.

The turn-based overview maps and real-time strategy melees are back, but with the addition of a new race, new campaigns and some new units.