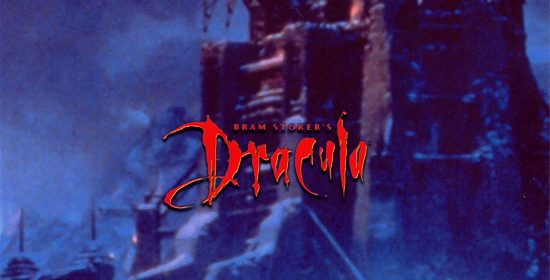 Dracula. the book by Bram Stoker, is ideal for a computer game. The main characters narrate by turns, telling the story through letters, journals and recordings. The reader is the only one who can bring these strands together and see, long before any of the characters, the enormity of the horror to come. You can see what a good rpg this would make - along the lines of Ultima Underworld. Furthermore, the book is out of copyright. Psygnosis, however, have paid ready money for Dracula, the film license, so it must have something special in mind surely? Perhaps a game that tries to recapture Coppola's lush visual style? Well, no, actually. Parts of it have a superficial resemblance to Ultima Underworld, but the game uses the Wolfenstein game engine. That means wandering around a maze killing things.

Your starter with ten

The game opens in a mouldering graveyard but quickly moves to the crypt. You start off with ten silver bullets, three communion wafers and an apple. The bullets are for shooting the undead which rise out of coffins dotted about the place. I don't have a manual so I'll just have to call them skeleton, zombie, man in armour and chap in lion suit. The last is the hardest to kill. The communion wafers, or - as they are presumably consecrated -the particles of the Host, are used to seal the coffins. And the apple? That's for keeping your strength up. As is the way in adventure games, people have left bread, wine and bits of chicken all over the place. It looks like Glyndebourne except, of course, for the corpses hanging from the trees.

There are spare silver bullets and particles of the Host to be had. The latter are inaccurately called 'Holy Wafers' - obviously the fires of Spitalfields were kindled in vain. You will also find keys to unlock the various gates that impede your progress. There are traps and secret doors, which you can operate after a simple bit of puzzle-solving. Some flagstones will spin you round until you find the right switch to turn them off. Other switches reveal hidden staircases. Often, you throw a switch and then blunder around for ages trying to see what difference it has made.

As in Wol/cnstein, when you find a locked door you can bet that the key is miles away; this is a game that cries out for maps. During your journey through the crypt things get more hectic: in some rooms there are four or more coffins, all spewing forth monsters, so you have to have sharp reflexes to shoot them, seal the coffins and heal yourself at the same time. A dodgy mouse driver here and you're dead.

Of mice and men

Control is by mouse and keyboard. Like Ultima Underworld, moving the mouse with the left button down will move you in that direction. The further you move it to the edge of the screen, the faster you go. You pick things up by standing close and clicking on the mouse button. Use objects by double-clicking on them. The inventory is a bar along the bottom of the screen; the top shows how much ammunition you have left and how many coffins there are to seal. The space bar toggles between a knife and your pistol and both weapons are deployed with the right mouse button. Pressing Escape brings up your current score and a mouse click gets you to the load/save game/quit menu. You can save a game at any point.

The graphics are suitably moody, and there is a good handling of light. The trouble is that they are very repetitive and do not scroll well. This makes the game hard on the eyes. It has some atmospheric music together with simple but effective sound effects.

There are three zones in the game. The first is the crypt, then Carfax Abbey and. at last. Dracula's castle. As you seal the last tomb in each zone Dracula appears in one of his incarnations - a bat, a wolf and finally the old man - a kind of boss of the level which you may have come acrossbefore.

As you go through the zones, the enemies get tougher. Whereas the early undead specimens just hack at you, later adversaries will shoot at you. There are gypsies and brides of Dracula to look forward to. The aim of the game is therefore to rob Dracula of his servants by sealing their tombs and dispatch the bloody Count himself. It is hard work and 1 must admit that there were some bits I couldn't have got through without the help of my esteemed chums, the HackMasters". However, the things you have to do are much the same - you shoot things, you pick things up. you chuck things in coffins - and there are times when it lurches from challenging to frustrating.

It is one of those games where you think: blow this for a game of darts and then five minutes later you are back again for more punishment. If you want either an undemanding adventure or a shoot 'em up-with a twist and some strategy, then this is for you. People who liked Wolfenstrin will love it (although be aghast at the scrolling).

The Dracula story reaches new heights on the Game Boy. Excellent graphics are this game's prime assets. Just as the Francis Ford Coppola film and the SNES game were visual triumphs, the hand-held Bram Stoker's Dracula is a scenic delight with eerie forests, detailed castle walls, and supernatural villains creating an appropriately scaiy atmosphere. Adding to the horrific effect is the music, which contributes undercurrents of suspense.

The biggest flaw in other versions of Bram Stoker's Dracula was the game play, where a feeble hero plodded along, Here your man Harker works through Transylvania, moving quickly, jumping higher than ever, and attacking boldly. Finally, here's a sprite worthy of Dracula's challenge, and a game worthy of Bram Stoker's classic novel.

Francis Ford Coppola's 1992 movie of Bram Stoker's classic novel didn't become the new standard for Dracula films, and the recent 16-bit games weren't huge hits, either. Now that the CD version has finally arrived with little impact, perhaps we can finally lay this bloodsucker to rest.

ProTip: Pay attention to Van Helsing's commentary between levels. He'll point out some of the dangers ahead.

Less Bite for Your Buck

The film and Sony Imagesoft's SNES and Genesis versions all shared two things: the plot and the lush visuals. On the Sega CD, you again play Jonathan Harker, a young English solicitor who fights his way to a deadly rendezvous with that pain in the neck, Count Dracula. While the story line is familiar (and illustrated here with scenes from the flick), the Sega CD for some reason has the weakest Harker of the bunch (including the fine Game Boy version). Harker no longer picks up daggers, swords, and muskets along the way. He's your standard punchin', kickin' fool in a supernatural world that demands extraordinary powers. With only three continues, this slow, feeble hero drains all the life from the game's veins.

Even worse, the graphics have somehow been diminished. The full-motion video scenes from the movie, which you get at the beginning of the game and between levels, are pixilated and unimpressive. The colorful backgrounds from the SNES have gone gray, and the varied enemies of the other games now seem small and monotonous. The Count showed up in several huge forms on the 16-bit systems, but here he seems much less intimidating and much more beatable. You'll want more from the game's graphics than you'll get.

Music of the Night

The chilling sounds help keep you on your quest, however, and are the best part of the game. The suitably creepy music underscores the action in the horrific settings, and atmospheric sound effects create a malevolent mood. Screeching ravens, tolling bells, and whistling winds add life...er, death...well, you get the idea.

Fangs, But No Fangs

Despite the potential for a gruesomely good time, you're really sticking your neck out with this monotonous game. Bram Stoker's timeless novel deserves a great treatment, but, unfortunately, this isn't it. The CD game only makes you hungry for a nice stake.

Beautiful, scary and challenging, Bram Stoker's Dracula is flying onto the SNES this month to put some bite into your Christmas. You'll be staying up late as a creature of the night once you get caught up in this long, seductive game.

ProTip: Jump into this notch in the ground to dodge the trio of Bride Bosses at the end of Level 5.

Based on Francis Ford Coppola's artsy film adaptation of Bram Stoker's classic novel, the game centers around Jonathan Marker's search for Dracula, the evil impaler who likes to go for the throat. You play Harker as he walks through 16 horrific levels of Transylvanian scenery, searching for the ol' blood-sucker. Along the way, you'll encounter every imaginable horror, from rabid wolves to sword-wielding skeletons, from huge spiders to lovely-but-lethal Brides from the Underworld. It's enough to raise the Undead.

Rats, hounds, and henchmen are everywhere in the early levels. Dodge them so as not to risk losing a precious Energy Beaker in a fight.

Regrettably, Marker's a feeble hero. He's barely strong and nimble enough to cleanly defeat a single rat with a dagger. Nor is he able to leap the numerous sharp-edged moving obstacles he'll encounter. Although he finds swords, guns, and other armaments scattered ahead of him, most of them have limited use and aren't up to the difficult challenge, even at the Trainer setting. A hero who doesn't merely plod along, and who can fend off a small vampire bat without hurting himself, would've made the game much less frustrating.

While the lame Harker will make you want to impale yourself on the nearest spike, the excellent graphics and sound effects will make you persevere. The visuals are the best part of Bram Stoker's Dracula, with strong colors, well-detailed backgrounds, and eerie surprises around every corner. Skeletal horses show every bone, deadly tarantulas move with spindly ferocity, and hellacious zombies swarm with fluid grace. This is a game you'll enjoy more for the sights than for the game play.

The sounds contribute to the horror, too. Creepy music underscores the action to help build the suspense. In addition, scary sound effects, such as the howling of distant wolves, make what's left of your blood run cold.

You've probably played other Draculas before -- as in the movies, it's one of the most belabored stories ever. Overexposure shouldn't keep you from staking out a claim with Sony Imagesoft's latest version. Though it's a long, hard journey, those who survive will be able to say "Fangs for the memories."

Nosferatu
As the passing day resides into night a cold and dark presence overwhelms the land. Looming in the midnight, shadowing the dead ground below, is the accursed castle of Nosferatu. Ancient in history, deadly in the present, this remnant of times past has

Splatter House 3
You're a guy in a hockey mask whose mission is to slaughter as many ghoulies and beasts as possible, making your way through a house of endless horrors.