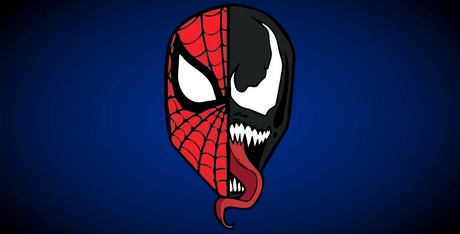 The Spider-Man and Venom series is comprised of two side-scrolling beat ‘em up games, set in the universe with the same name and featuring the titular characters as they temporarily work together to stop a common enemy. The first game is single-player only, with the player alternating between Spider-Man and Venom, while the second may have two players, each controlling one character.

The games in question are called “Maximum Carnage” and “Separation Anxiety” respectively, and are based around the fight against the symbiote Carnage; this is also featured in a spin-off comic series of the same name. In the first game, an evil organization extracts symbiotes from Venom and plan to use them for their own purposes, while in the second, the fight is centered on Carnage, as he escapes from prison and plans to act out his revenge. The storyline is told in a comic style, using panels with speech bubbles, which is quite refreshing and immersive. A slightly annoying part of the story is that it forces you to lose on purpose one too many times. Even though this is meant to keep the game consistent with the story from the comics, there’s no real fun in getting your butt kicked by thugs.

Gameplay wise, there’s no significant difference between Spider-Man and Venom, other than their obviously different appearances. Both of them can punch, kick, jump, swing from webs and grab their enemies. On the topic of enemies, the games really lack in variety in this area, as you will encounter the same enemies over and over; they also have their own names and it’s actually silly to beat up the same person repeatedly. Talk about being insistent. On the bright side, you get to fight more important bosses, and Carnage at the end, of course.

You can also get help from other characters of the Marvel universe, if you find the relevant items hidden throughout the levels, and this even triggers a special soundtrack based on which hero comes to aid you. The available characters also depend on whether you are playing as Spider-Man or Venom.

The graphics, however are top notch; very vivid and crisp. The strange part is that the characters in game tend to look much better than those in the comic cutscenes; shouldn’t it be the other way around? To be fair, they are semi-animated (emphasis on words like “pow” etc.) and perhaps this is where some of the quality gets lost.

Slightly obscure and not the most popular of the overall Spider-Man series, it still has its own flavor and fans appreciated being able to play as Venom instead of just the same old do-gooder. Separation Anxiety is a side scrolling beat'em up game, featuring characters and stories taken from the Spiderman comics.