Perhaps the most stacked section of games we have here at Gamefabrique is our action adventure games section. Truth be told, the majority of games that are released could fall into this category in some capacity! As we always do, we wanted to cherry pick a few titles to suggest to you guys. Titles that we feel are a lot of fun and well worth your time checking out. If you like your games to be a fun adventure and action packed, this is the right place for you!

We are starting off with the recent Marvel's Spider-Man: Miles Morales. This was such a great follow up to one of the greatest action adventure games of all time. This is the story of Miles Morales and how he must use his spider powers to save New York from this terrorist threat. Miles is such a fun character to play as and he has all these new and unique abilities that make him very different to play as in comparison to Peter Parker.

It should be illegal to talk about the best action adventure games and not have one of the Uncharted games on there, but which one? To be honest with you there is not a bad game in this entire franchise! However, we only wanted to highlight one and we decided to go for Uncharted 2: Among Thieves. While this does improve on the gameplay of the original, the narrative here is arguably the best in the entire series, you feel like you are playing through a movie it is that good!

The Legend of Zelda: Twilight Princess is such a great game and one of the best games in the entire franchise. As great and as much fun as The Wind Waker was, fans wanted a darker more mature Zelda game and that is what we got here. We feel that you could put this series in both the action RPG category as well as the action adventure games category that we have here. Both versions are great, but we feel the HD port is the one to play!

Much like we said with the Uncharted games, God of War was a series that we felt had to appear on this list. While the two most recent games are easily the best that this franchise has to offer. We wanted to take a moment to remind people about what an incredible game God of War II was when it was released on the PlayStation 2. The improvements in the gameplay and the visuals this game made over the original are incredible!

There may be some raised eyebrows about us saying that Transformers: Dark of the Moon is one of the best action adventure games, but we feel this is the definition of a hidden gem. Even if you are not a fan of the live action Transformers movies, you have to play this game. What makes this game so great is that it was made by the same studio that did the two incredible “Cybertron” games that were themed around the G1 Transformers.

If it is a more cinematic and story driven kind of game you are looking for, we suggest that you play The Last of Us: Part 2. This game is brutal and we mean that in the most complimentary way possible. It is a story about revenge and how hard revenge can be. It is a thrilling and movie like experience and the kind of game that you will never forget!

We have highlighted some absolute gems here in our action adventure category! This is a section where you can spend hundreds of hours and still not play all of the game! Check out some of the games we have recommended today as we know you will not be disappointed in any of them. 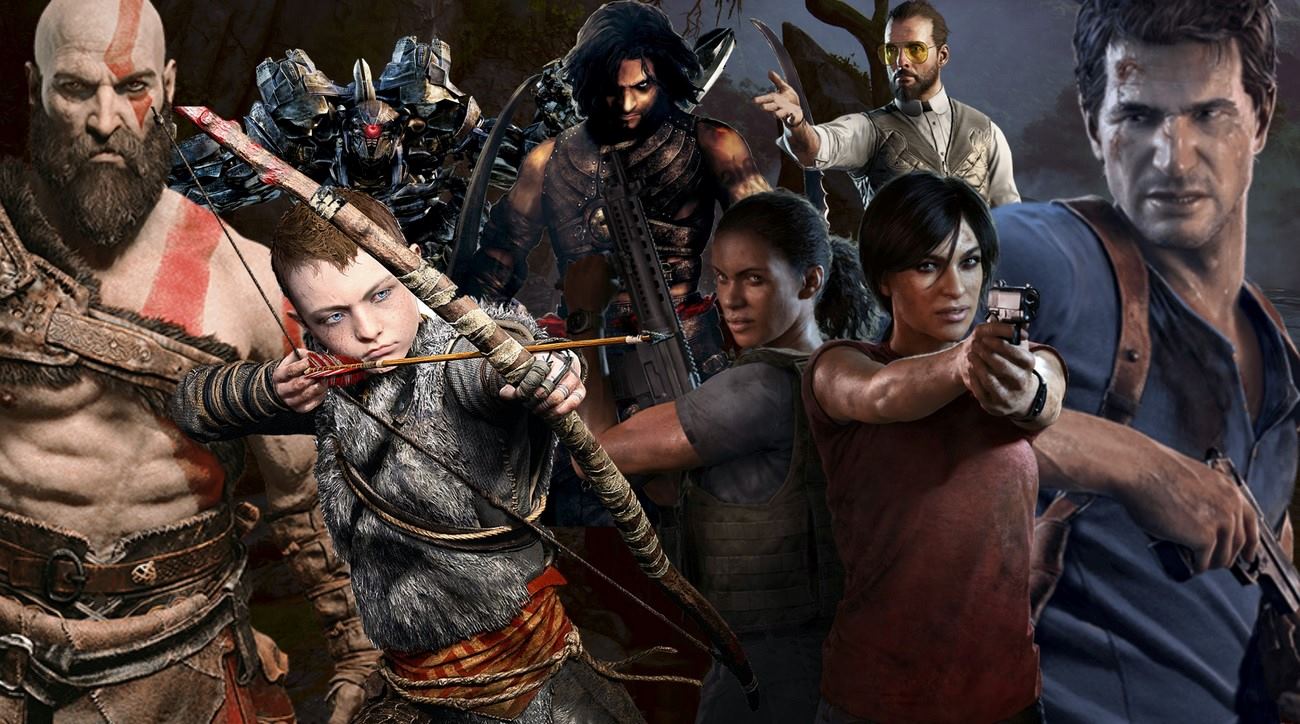 Prince Of Persia: The Two Thrones

It's a testament to this game's quality that so far, it's occupied a great deal of my attention, to the point that I've replayed certain sections of the game over multiple times.

Before the Dreamcast was released, much speculation was made about whether Sega would release a "Sega Ages" collection chock-full of Model 2 classics.

Transformers Dark of the Moon

Prince of Persia: The Forgotten Sands

The Legend of Zelda: Twilight Princess

As in all Pitfalls, this latest game has you taking on the role of Pitfall Harry as he adventures his way through a jungle filled with dangerous animals and natives.