We thought that having a selection of Tim Burton style games would be awesome. There are many games where it looks like the people responsible for them had to be at the very least inspired by Tim Burton. These games certainly have that “Burton” style about them either in terms of the way that they look or the way that the story and characters are portrayed. We have a great selection of games for you guys who are looking for something a little bit weirder and macabre like Tim Burton is known for.

The best place to start is with Tim Burton's The Nightmare Before Christmas: Oogie's Revenge. This game is criminally underrated, it was made by Capcom and is actually a full sequel to the hit movie. The game has you playing as Jack Skellington as he tries to save Halloween Town and the other Holiday towns from Oogie Boogie. The game is a 3rd person action and adventure game that as you would expect is the most Tim Burton of all the Tim Burton style games on this list. Interestingly the game is made with the original Devil May Cry game engine.

American McGee's Alice and the sequel Alice: Madness Returns both have a real Tim Burton style to them. What is neat about this is that years after these games were made, Tim Burton would actually make a live action Alice in Wonderland movie for Disney that actually had a game adaptation! These are dark, twisted, and offer a fantastic story to explore, be sure to play through them both to get the full experience of the story.

If the little dude on the cover for Don't Starve had a bit of a beard, you would swear that it was actually Tim Burton that was the star of the game. This had to be on our Tim Burton style games section as the game has a very dark, twisted, and unique kind of style to it all that looks like the developer was heavily inspired by the work of Tim Burton. It is a game where you need to forage, fight and scavenge so that you can live another day.

If you want to experience a very dark and disturbing story that feels like it could have been something that Tim Burton did before he got so deeply involved with Disney, Sally Face is the game for you. This is a very dark and emotionally heavy kind of story. The game is split into chapters, but the story is so engaging that you will probably finish the first part and plow through the rest. Just be warned that this is a game that is very heavy and takes a real toll on you as you reach the end of it. We feel that we have put together an excellent selection of Tim Burton style games. He is such an interesting character and has such an interesting style of doing things that is truly awesome when a video game developer is inspired by him and makes their game a little bit Burton-Esq! 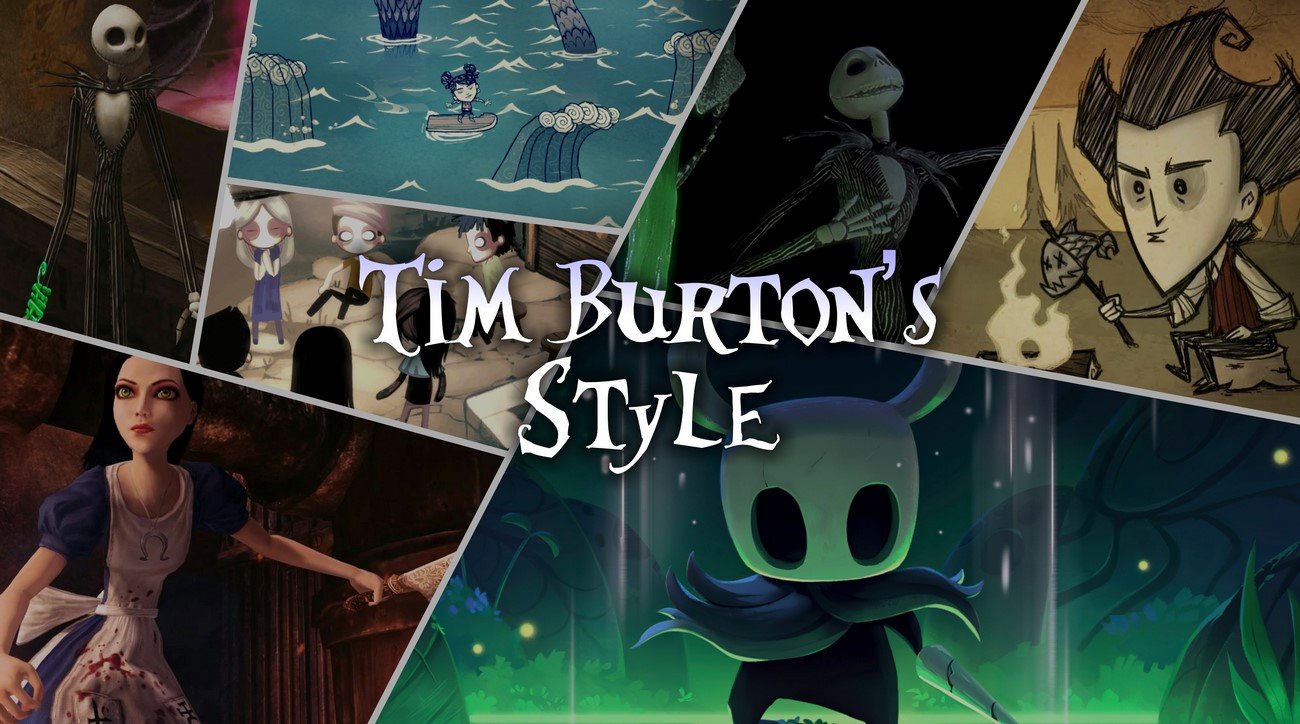 The Misadventures of P.B. Winterbottom

If you are, then expect a fun-filled adventure brimming with off the wall humor and a dash of insanity.

Neversong - Once Upon A Coma

The Liar Princess and the Blind Prince