Here at Gamefabrique, you will find the very best collection of anime games anywhere on the internet! We have hundreds, no thousands of games based on some of the most popular anime’s of all time as well as some original anime games and even a nice selection of lewd anime titles as well. We have pages and pages of games for you to browse through. However, to get you off on the right track, we have hand picked a few of the best anime games that we feel would be a great place for you to start.

We decided to start with a somewhat recent game, Persona 5 - Royal which for many people is one of the greatest JRPGs of its generation, scratch that, of all time! With a fantastic story and a core group of characters that are just so engaging and likable, it is impossible not to get sucked into this amazing world. It also has a fantastic soundtrack that fits the action perfectly. The voice acting brings the characters to life and it is one of the most stylish looking anime games you will ever see.

Our next pick for you is going back to the days of the Sega Dreamcast and original PlayStation and we are talking about the original, JoJo’s Bizarre Adventure! This is an awesome series of games by Capcom that started back in the late 90s and it captures the source material perfectly. While there have been much more recent games than this released (which we have here at Gamefabrique) we have always had a soft spot for this original title that we feel holds up very well.

You cannot have a list of the best anime games without having the most popular anime of the day on it can you? That is why we wanted to give some special attention to the epic, Demon Slayer - Kimetsu no Yaiba - The Hinokami Chronicles. You get to play through some of the major story arcs that have gone down in the anime and it has a stacked roster of characters. With RPG elements and some fast-paced and fun fighting action, it is very easy to see why so many people got so hooked on this game.

We had to give some love to Naruto and truth be told it was really hard to spotlight just one Naruto game for you guys, but we settled on NARUTO SHIPPUDEN: Ultimate Ninja STORM 4. This is an excellent anime fighting game that has all of your favorite Naruto characters to play as. It has some amazing and very flashy graphics and it is just so much fun to play. While the single-player mode is great, what we have here is a game that really shines when it comes to playing with your buddies.

As this is an anime games section, we did also want to showcase at least one lewd anime game and one of the most fun we have for you is Lewd City Girls. This is a fun parody of River City Girls and it is a lewd beat 'em up game where you play as a hot chick that has to walk around an anime city, kicking butt and getting up to all kinds of lewd shenanigans. It is fun and it has some amazing anime art too.

With tons of pages of awesome anime games, you are never going to be stuck for something to play here at Gamefabrique. You can spend hours looking through all the great titles we have for you, but we feel that any one of the games we have shone a light on today would be a great place to start. 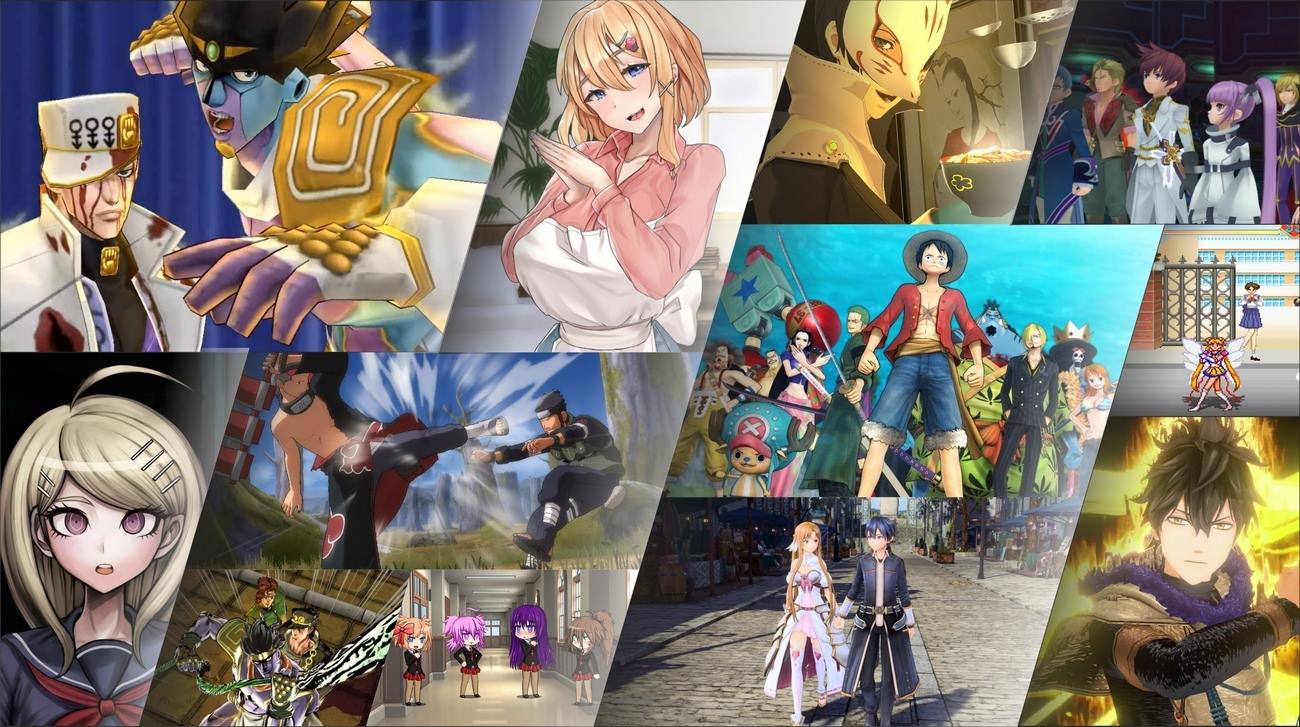 The Adventures of MICOCO

Naruto: Rise of a Ninja

One Punch Man: A Hero Nobody Knows

Life With A Slave - Teaching Feeling