If you are a fan of eroge games then you have clicked on the right page. Here we have for you the best selection of eroge games that you will find on the internet. We have pages and pages of games for you to check out and no matter what you want, be it a more story driven kind of thing or a story that just gets straight to the “action” if you know what we mean. You are going to be able to find it here.

A great place to start would be Rick and Morty: A Way Back Home which granted you have to be a fan of the series, but this is a very polished eroge game that is just a great deal of fun to play. In the game, it follows a new Rock and Morty story and as you have guessed, it is very sexually charged… even more so than some of the stuff that goes down in the show. It is very well made, a lot of fun, and has a ton of clever references to the hit TV show.

Have you ever wondered what would happen if someone made a Pokémon game, but that same person also had a love for eroge games? Well, wonder no more as that is exactly what we have here with Pokémon Ecchi Version. In this game, you want to do more than just catch them all, you also want to bang them all as well.

If you want a game that is very grand and ambitious in its scale then one that could be for you is Real Life Sunbay. This is as close to a full on lewd Grand Theft Auto game as you can get. You get to run around in this large 3D world and have a great deal of fun taking in the sights, checking out the huge boobs, and getting up to all kinds of over the top mischief.

Why someone decided that the hit Nick TV show, Amity Park needed a lewd game is beyond us, but we are glad they did! That is right, you have come to the eroge games section on this site and now you are being directed to a lewd visual novel style game that is set in the fun world of Danny Phantom!

In Zombies Retreat, you are stuck in a zombie apocalypse! This is a lewd RPG! That means as well as having to survive the horrors and monsters of this zombie apocalypse. You also have to decide just how many of these huge breasted ladies you are going to have sex with as well.

If you want something that is high-quality then you have to check out Under The Witch. This is a very cool game and one of the better made eroge games that are out there. Here you must fight with a witch and this witch is very tricky. The thing is, if you fail, you still get a smile on your face as this witch needs a place to sit and well…… you know! 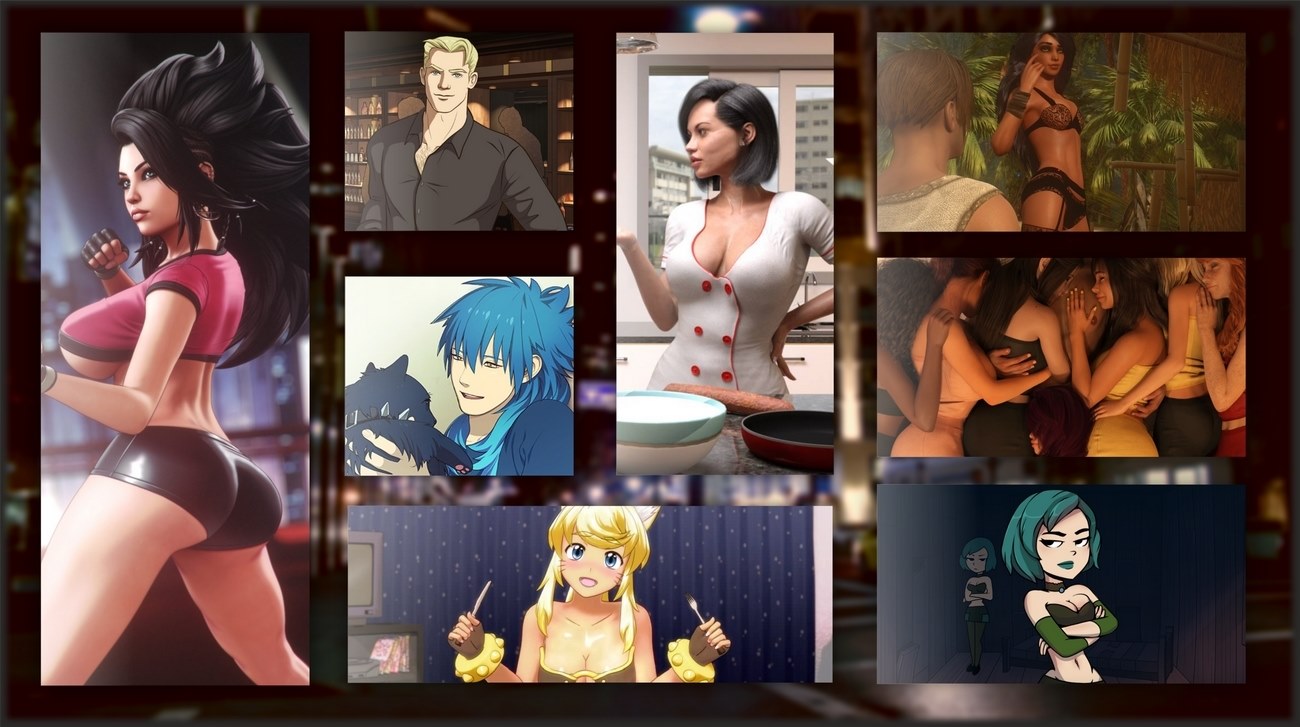 Forest Of The Blue Skin

A Wife And Mother

Coming Out on Top