Today I am looking at the best GBA games! This little handheld is amazing and, in all honesty, narrowing it down to just 10 (especially when this is a very Pokémon centric list!) is very, very hard. The Game Boy Advance is one of the best consoles both handheld and other that Nintendo has ever released. It was like having a super-powered Super Nintendo in your pocket, but no matter if you play on the OG, the SP on a DS or even on something like the Nintendo GameCube Game Boy Player. The Game Boy Advance is stacked with awesome games.

Here are 10 of the best Game Boy Advance games that the system has to offer, be sure to check them out. 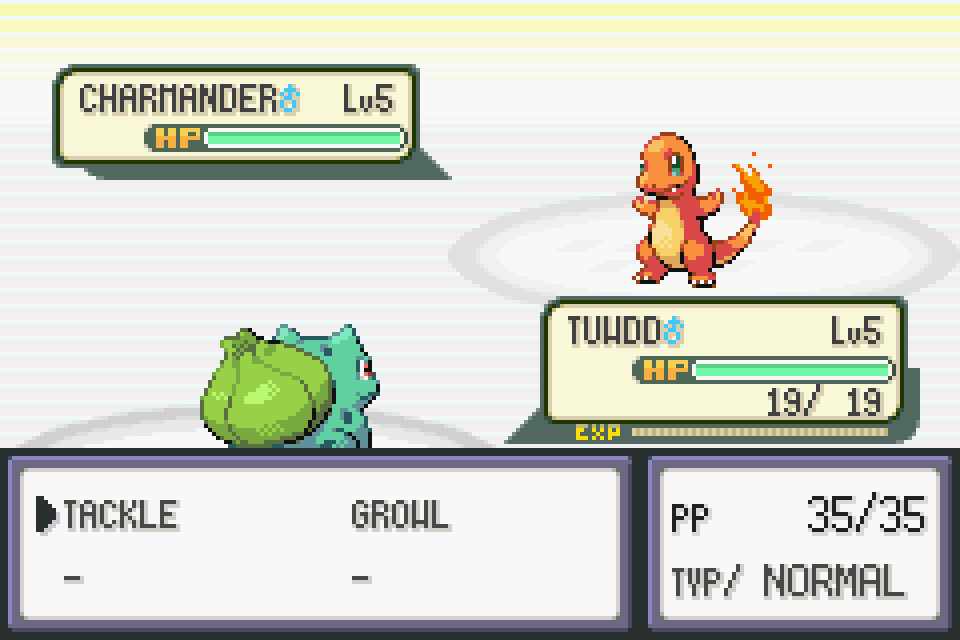 It is a truly wonderful RPG that features many of the things that made the series so popular with millions of fans all over the world. The game has a real charm to it and seeing some of your classic Pokémon with an updated look is really cool indeed. This is great for longtime fans of the series and newcomers alike. 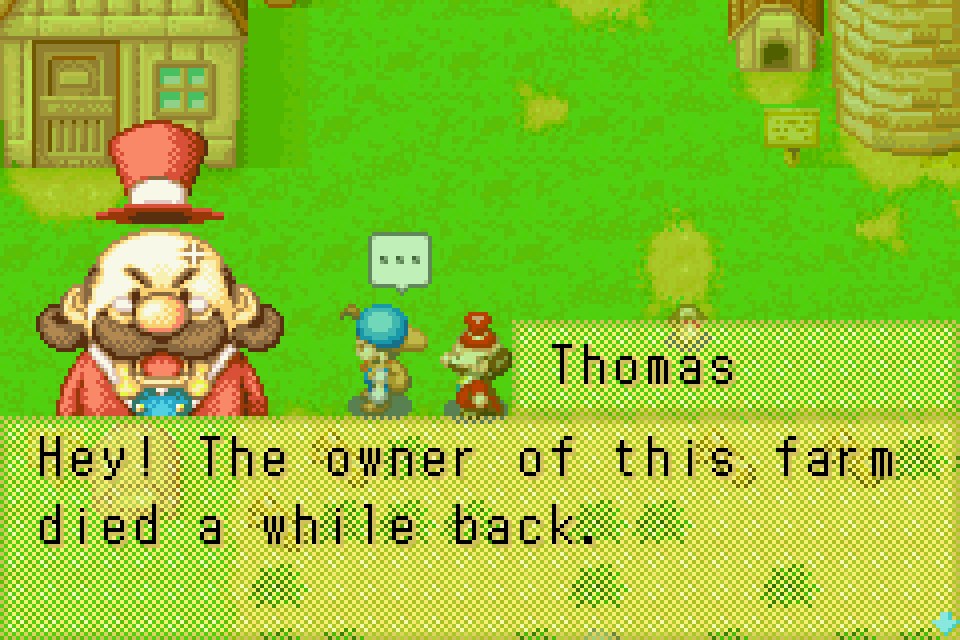 Out of all of the games on our best GBA games list, Harvest Moon: Friends of Mineral Town may be the most addictive. This is a series that is so charming, so fun and so addictive that it was perfect for handheld gaming. This game for the Game Boy Advance made no sacrifices from the console games and as a result at the time (and even now) is one of the best games in the entire franchise.

The idea of Harvest Moon: Friends of Mineral Town is that you have your own little farm and you need to keep it ticking along. This means raising and caring for livestock, growing and selling crops and even mingling with the townsfolk and possibly falling in love. This is the kind of game that you will be playing into the wee hours of the morning. 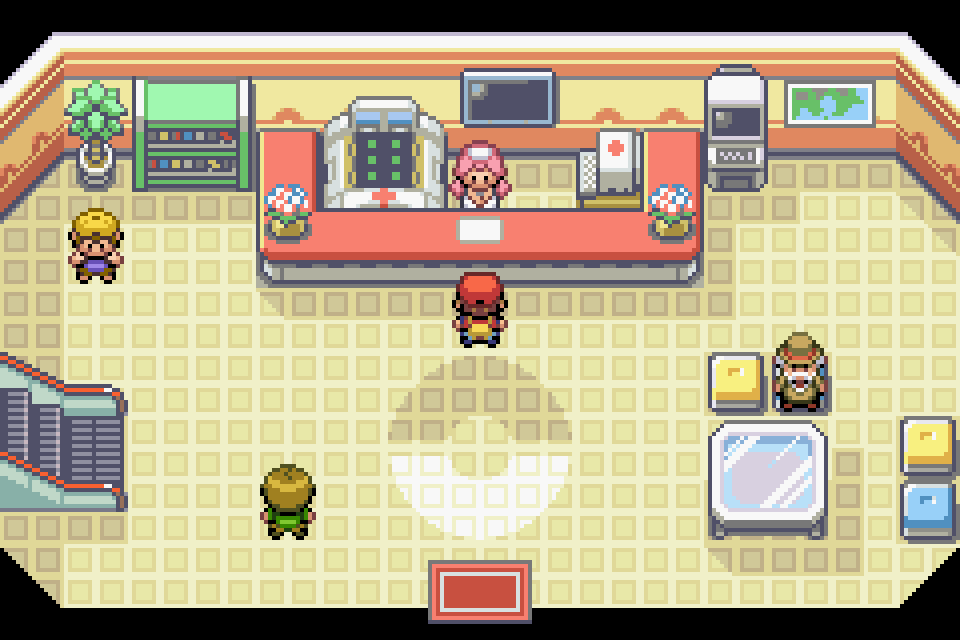 In the West, we only got Pokémon Blue and Red on the original Game Boy so getting the chance to play the original game the way that it was in Japan was really cool. While it is pretty much the same game as Fire Red, Pokémon Leaf Green just has that little bit more charm to it thanks to the way we never got to play it back in the 90s in this fashion. The game is what you would expect. You need to pick a starter Pokémon and then set out on a journey to try and catch them all and prove that you are the best of all time.

The original Pokémon games are just really fun RPG’s and the upgrades that were done to this game may not be huge. However, the small changes in the gameplay and of course the visuals do make this one of the very best ways for you to experience one of the real classic Pokémon adventures. 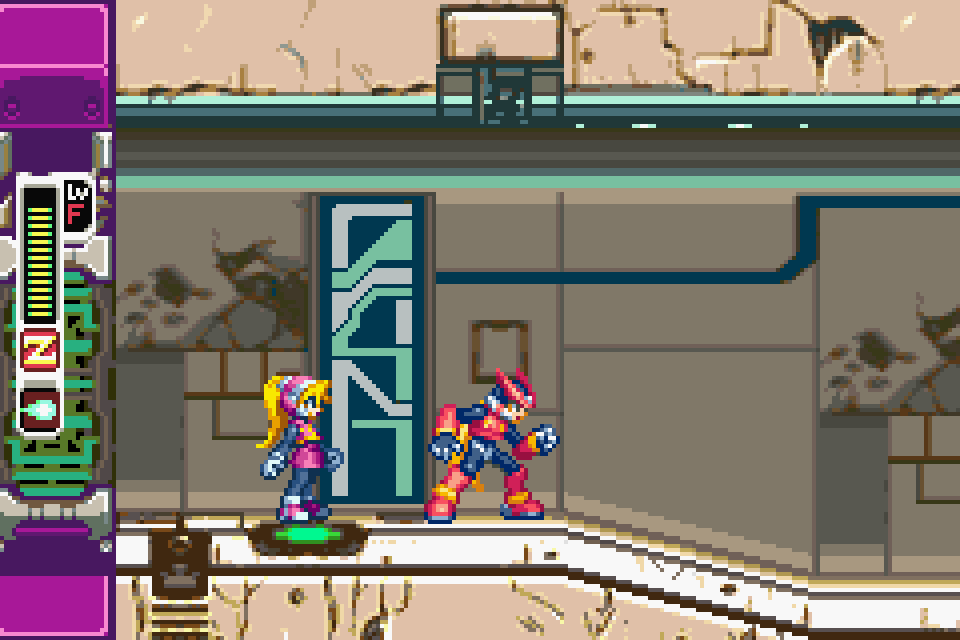 I am a huge fan of the Mega Man Zero games, but the first one on the Game Boy Advance is one of the best Game Boy Advance games. This is cool how it is set so far after the events of what went down in the Mega Man X series. This time around it is Zero who is taking center stage and Zero is just flat out awesome and a ton of fun. This game has a great story and one that is very “sci-fi” and it really nailed it without getting too convoluted like the series eventually did.

The gameplay is just flat out awesome. Zero feels fantastic to play as and it is just balls to the wall action. This is a game that does have a few puzzle things here and there, but it is really a more action-packed kind of game. It is challenging but fair and the kind of game you will want to play through multiple times. 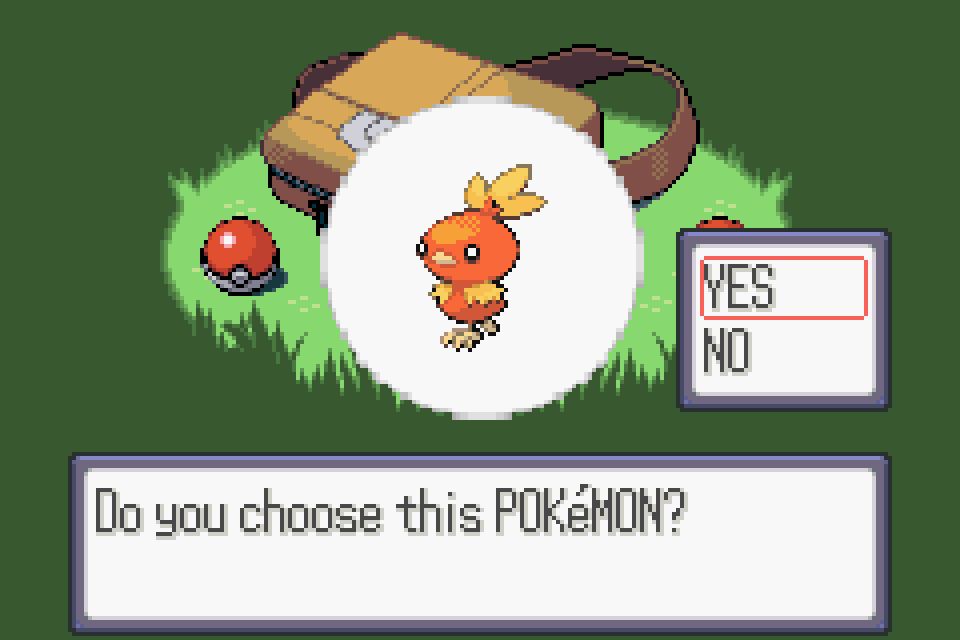 As an alternative to Pokémon Sapphire, Pokémon Ruby is a great entry to the Pokémon series. As the third-generation game, Pokémon Ruby has a ton of new and awesome Pokémon for you to catch as well as plenty of old favorites too. The game looks great, so much better than the games on the original Game Boy and Game Boy Color. There is actually a whole generation of people who probably had this as their very first Pokémon experience.

The game does have that classic Pokémon feel to it, but what really makes this cool is all the new things that were added. We are not just talking the way it looks better, but stuff like the new double battles which really makes Pokémon battles that extra bit more strategic and fun. The game overall is just a great deal of fun and certainly a game that needs to be in any GBA collection.

The Legend of Zelda: The Minish Cap 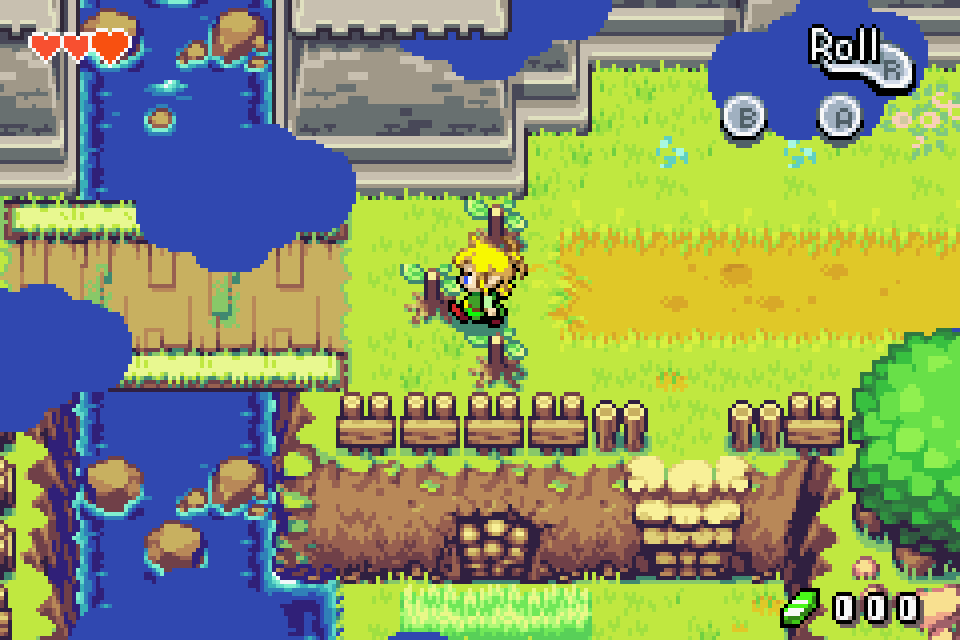 The Game Boy Advance is no stranger to The Legend of Zelda, but the very best game in the series that it has is actually its “original Zelda game, The Legend of Zelda: The Minish Cap. This is a really fun take on the Zelda formula and while it does many things that the series is well known for. It has a bit more “whimsy” about it in terms of its story and overall setting. Do you know the classic green hat that Link has worn since the original Zelda game?

Well, now it is alive and a pivotal part of Link’s adventure! This is just fantastic stuff and going through dungeons is just as good as it has ever been. With some classic and new items to use, not to mention the fact you can shrink down and enter a new world! The Legend of Zelda: The Minish Cap is an adventure that you will really cherish from the start all the way to the very end. Without a doubt this is a game that has to be on any best GBA games list. 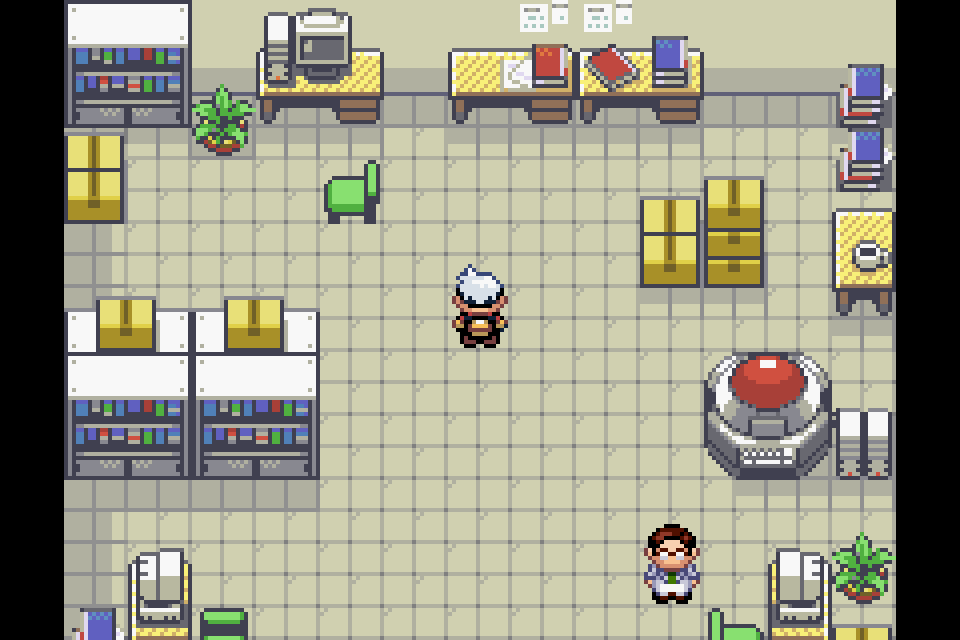 While Pokémon Ruby is great, Pokémon Sapphire is the alternative to that and with that comes a different batch of Pokémon. This is one of the best Pokémon games ever made and it is a ton of fun to play. It is great if you are a Pokémon fan, but the truth is this is a wonderful RPG that is a joy to experience no matter how old you are or what your experience with the franchise is. Pokémon Sapphire is a really cool Pokémon adventure and one that is full of twists, turns, and excitement.

The game has these awesome double battles. Pokémon battles have always been a fun time, but the fact you now have to Pokémon to worry about really does kick things up several notches. The presentation is great, the story is awesome and the animations really do bring the Pokémon to life in a really cool way. 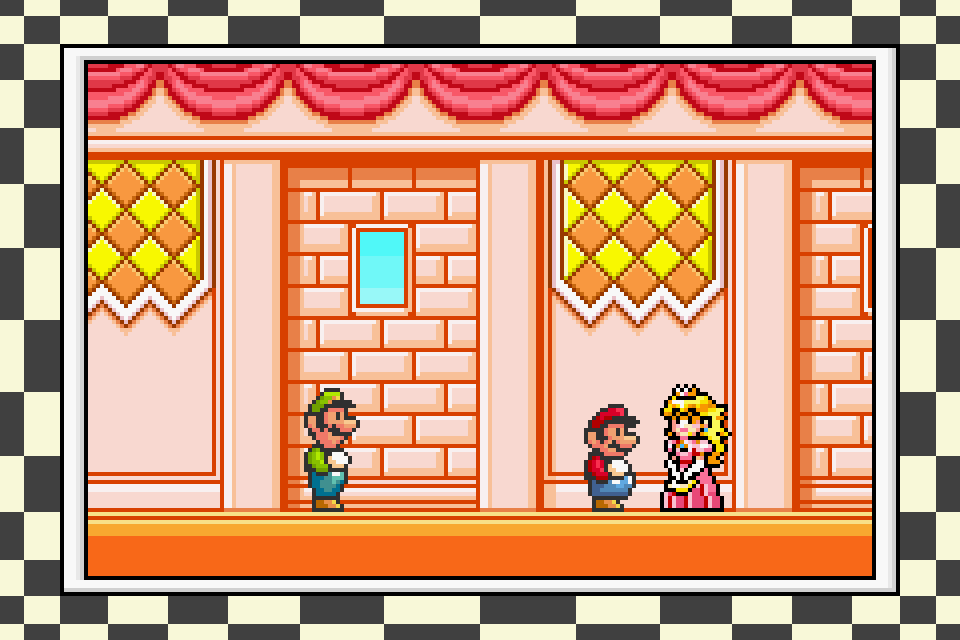 With better graphics and sound, this game really does bring Mario to life. It is a fantastic adventure and it is regarded as one of the best Mario games in part to the creation of the Koopa Kids and all of the awesome power-ups that Mario gets to use to try and save the Mushroom Kingdom and put Bowser in his place. 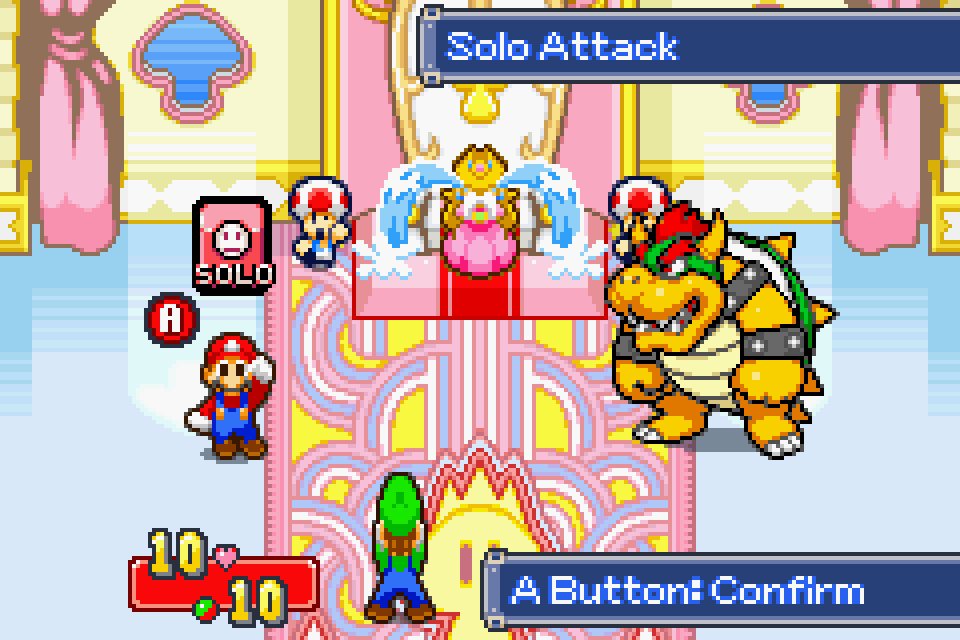 If you love RPG’s then Mario & Luigi: Superstar Saga is the game for you. This is the game that actually started a franchise that is still going to this day. It is a great new take on what games like Paper Mario and Super Mario RPG did, but you could argue that this game does them better. It is a fantastic RPG and the fact it is not set in the Mushroom Kingdom greatly expands the Mario lore.

One of the most surprising things about Mario & Luigi: Superstar Saga is the story. It is very well written and very witty. You will have a real smile on your face when dealing with these zany characters. As well as being great from a story point of view, the game has a really fun combat system and there are more than a few puzzles for you to solve also. 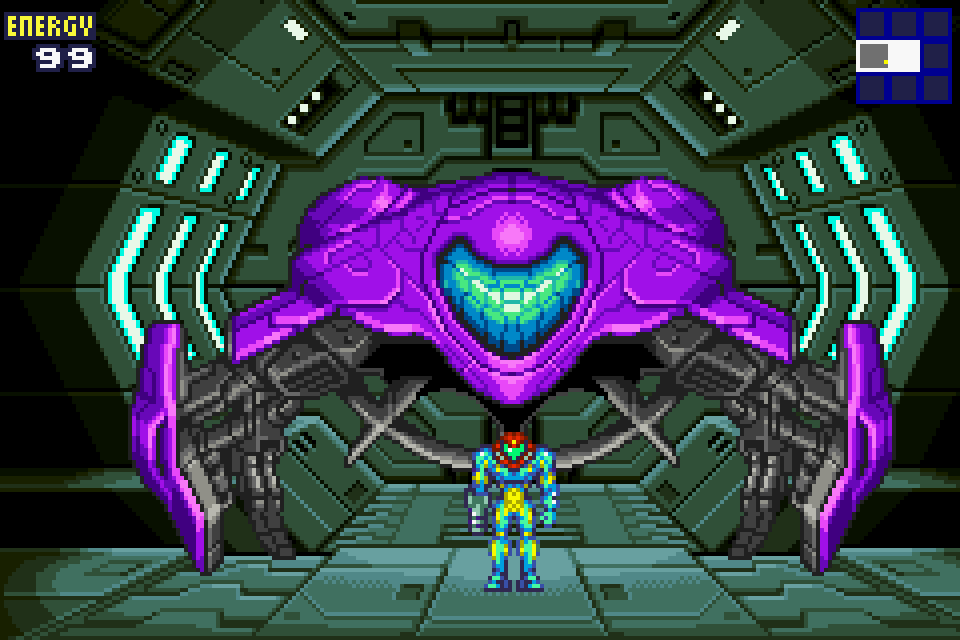 Wow is what most people who play through Metroid Fusion for the first time will say. This is the fourth game in the series and when it comes to the 2D Metroid games. Metroid Fusion is regarded by many as the best in the entire franchise. This is a wonderful adventure and Samus this time finds herself in some real trouble as there is a nasty parasite that she needs to deal with.

The world you have to explore here is massive and it is full of great things for you to find that will help you on your quest. Samus controls amazingly well and the game has truly incredible visuals. As great as the visuals are, Metroid Fusion has a really haunting and butt-kicking soundtrack that fits the game perfectly.

These are the best GBA games around, but this is a system that truly has a phenomenal library of video games! 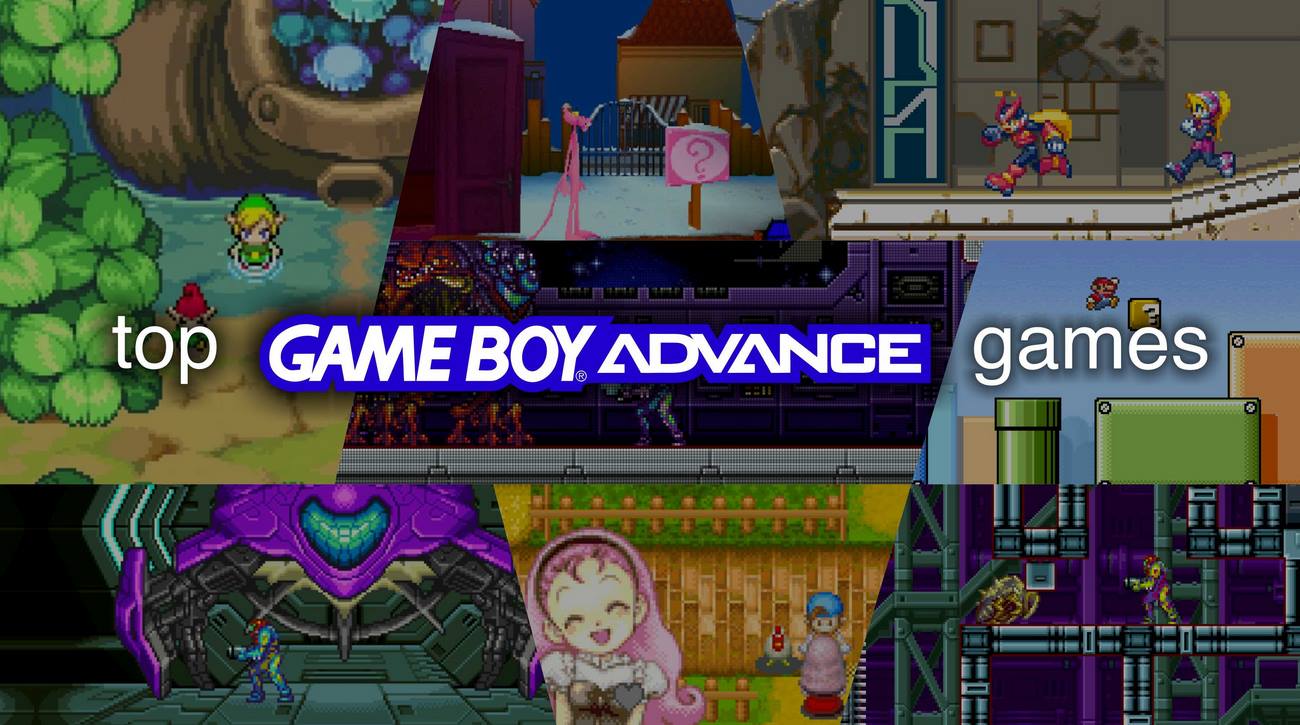 The Legend of Zelda: The Minish Cap

James Bond 007: Everything or Nothing

Like most of its turn-based predecessors, the game is quite simple to learn, but due to the sheer number of monsters, spells, effects and other cards, truly difficult to master.

Looney Tunes: Back in Action

DSI is becoming known for its bargain priced games and it's ability to turn either a board game, or card game into a video game.

Terminator 3 Rise of the Machines

I've got to admit, being able to gut-punch robots and make them explode is a whole lot of fun, especially when you're doing it as the governor of California.

Shaman King: Legacy of the Spirits

As a shaman, he can see, interact with and control spirits of creatures who have for some reason not passed on to the Spirit World.

The original toy came out a long time ago, and was an instant classic. It's just too bad the same can not be said of the video game version of the same name.

One of the best boxing games to date still has to be Mike Tyson's Punch Out for the old NES system.

March of the Penguins

Wow, a video game based on a documentary movie about penguins. Sure the movie was heartfelt and touching and the penguin is about as popular an animal there is right now.

Ker Plunk Toss Across Tip It

The first game, Ker Plunk involves a large cylinder that is full of marbles that are being held at the top of the cylinder by a series of properly places sticks.

In theory the two for one setup bolsters the value of the cart, but unfortunately this isn't a compelling deal because neither game is very good.

Who Wants to be a Millionaire Junior Edition

A meteor containing a self-breeding DNA program impacts on Ramiles, the fifth planet in the Gradius system.

Here's a great example of 'just another extreme sports game.' Join up with Mickey, Minnie, Donald, Goofy, Pete, and Chip & Dale on a not-so-wide array of courses that'll put your fingers to the test with difficult controls and mind-numbing action!

For those of you unfamiliar with the Duel Masters card game, you start by putting cards in a mana pool. As you build this mana pool over turns you can eventually use it to summon creatures.

Bomberman and Max, two pseudo superheroes that have sworn themselves to defend the universe against the forces of evil.

Ladies and gentlemen, please direct your attention to the high wire above you.